February 01, 2014
On September 27, 1983, a computer scientist named Richard Stallman announced the plan to develop a free software Unix-like operating system called GNU, for "GNU is not Unix." GNU is the only operating system developed specifically for the sake of users' freedom. Today, the GNU system includes not only a fully free operating system, but a universe of software that serves a vast array of functions, from word processing to advanced scientific data manipulation, and everything in between.

To commemorate this occasion, the Cambridge City Council issued a statement in support of GNU and software freedom. All nine councilors, including Mayor Davis, signed resolution R-29, which reads: 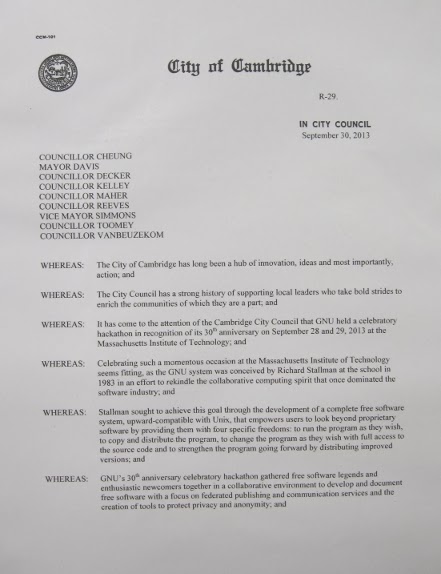 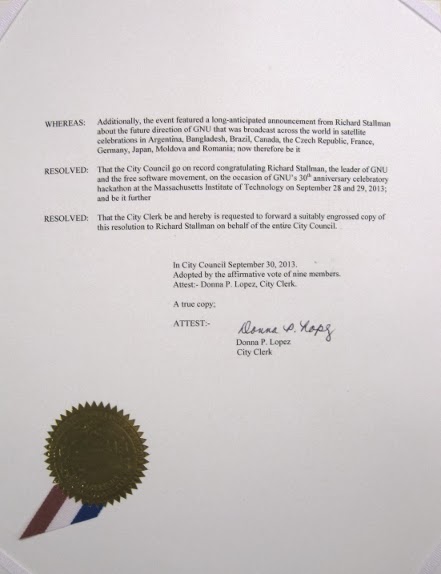