Heading to Nepal after the Gorkha earthquake 2015 (Day 01)

Nepal Earthquake aka Gorkha Earthquake occurred 25th of April (Saturday) at 11.56AM Nepal Standard Time with a 7.8Mw moment magnitude.

I try to contact my friends in Nepal via Facebook but most of them seems offline on first day but able to contact some of them on Sunday evening and the next day. Both Facebook and Google tools were really useful for track their status. During my previous visit to Nepal on 2013 for the Mozilla Meetup, I was down with food poisoning and my friends help me at that time. This was the first thing came to my mind when I heard Nepal Earthquake.

They helped me when I was in trouble. Why should not help them when they need help?
I was thinking how I can help them as I had experience in this kind of disaster as tsunami hit my country in 2004.

On 27th April, I decided to spend my long weekend in Nepal. As I was suppose to cover duties of my colleagues who was on leave from 30th of April to 12th of May, I had to be at office on 4th May 2015.  I ping'd my boss on 28th April night and informed him that I am off to Nepal.

I had only two issues on this visit. one of the major issue was to convincing my parents and find a flight. When I check several airlines I found that most of flights are too expensive though Malaysian Airlines was round 670$. I decided to wait till the last moment and call my parents on previous day and just mention "Dad, I will be flying to Nepal for a project on next morning. And I will be back on Monday".  He asked several questions and managed to convince him at last. When I spoke to mom later she scared "What Nepal?" anyway... later everything settle and purchased my ticket.

One of my colleague Naren, who is a volunteer to Red Cross who was helping me on finding me suitable medicines and also he gave me few stuff including emergency touch (with two type of lights, cutter, and window breaker), 100 surgical masks. While GuoZheng gave me a list of stuff to bring though I forgot some of them, Vasudha put me in to loop with her friends in Nepal already started their work.

This was a huge plus for me as many of my friends who were asking why do you visit? Do you have a  First Aid Certification? Did you read those articles on why you should not visit Nepal?

As one of my friend from Nepal requested to bring T-shirts, I checked with Saurabh as he had a lot of cloths to be give away but he had sent them all to a tsunami village in Sri Lanka. some how he came with Tariq bought some food items and chocolate as they wanted do some contribution. Jeff was another friend who willing to help though I didn't request. I just asked a place to buy a sleeping bag but when he heard the news, he came up with some useful medicine for survivals in Nepal. 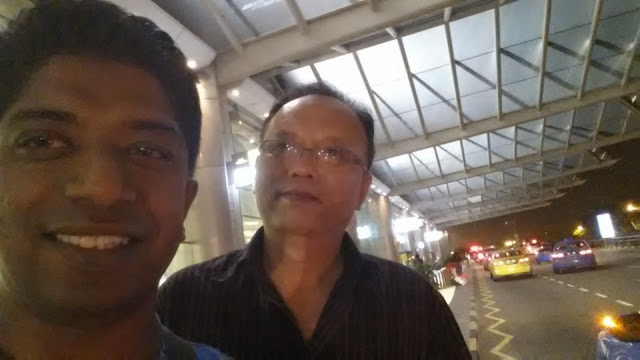 On 1st of May Friday, early morning I booked a taxi from my home to Airport around 4.20AM as my flight MH 602, was scheduled to 6.40AM. While driver uncle was helping me, he asked where are you going with these heavy bags? He thought I was heading to home with many stuff.

I told him that I am going to Nepal to spend my long weekend to help people there but I don't have relatives in Nepal. After reaching the Airport, I gave my ATM card to pay but he refused. I thought his payment machine is broken then I gave cash I had, as I remember it was around 35$.

Again he refused it and told me that, he won't take money form me but its from him to people in Nepal. I asked his name and did not forget to take a picture with him and publish in my Facebook profile once I landed in Nepal.
If you meet this driver uncle don't forget to mention that his money given to a local community to buy aids.

He gave me more courage to travel there. When I checked in my baggage I noticed that my luggage weight is around 50kg. The lady who handle my checking asked me to pay excess baggage but I told her that I am not visiting my parents or relatives but I am heading to Nepal with food and medicine. So, she smiled and let me checking. She was the second nice person who met on 1st of May within an hour. :-)

Can you expect this kind of service from an Airline for an economy class traveler? ;-) 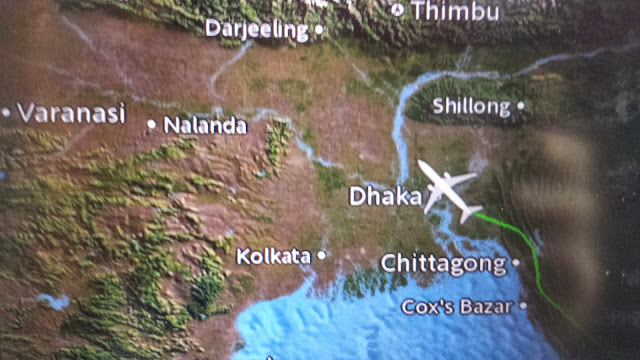 As I was sleepless before flying I planned to sleep till the flight landing in Nepal. But when the captain announce I noticed that it was before the schedule time to land in Nepal (schedule time was 11.30AM on same day). I heard that most of flights with AIDS were redirected to Kolkata and Delhi Airports in India due to congestion in Nepal International Airport. It was Dhaka Airport in Bangladesh. There were many Nepali people and one rescue team and several foreigners in that flight. 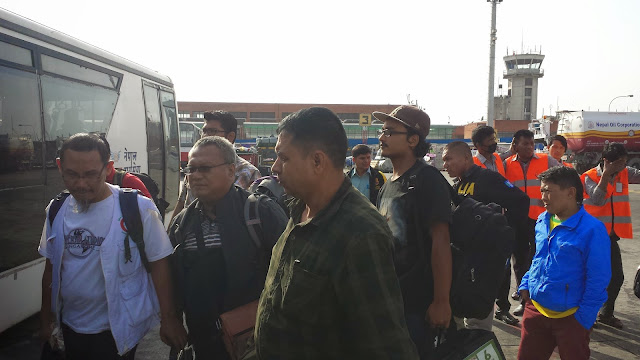 at Nepal International Airport (4.00pm NST)
Some of them started playing local songs in their mobiles with loud music which was disturbing and I had to request them to low down the volume.   After several hours on waiting in Dhaka, flight take off to Nepal and landed at 4.00PM in local time. 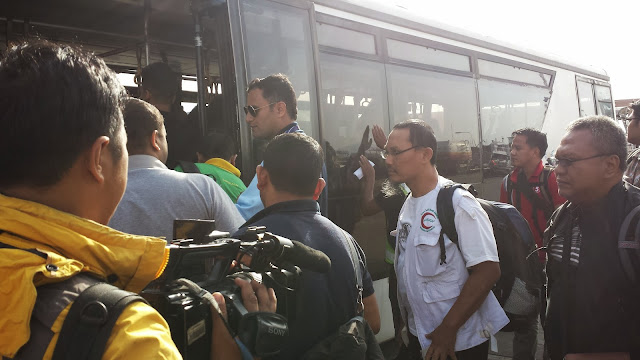 Ground staff of Malaysian Airlines in Nepal stop (I don't know why?) me using my DSLR but I manage to click few photos using my mobile. 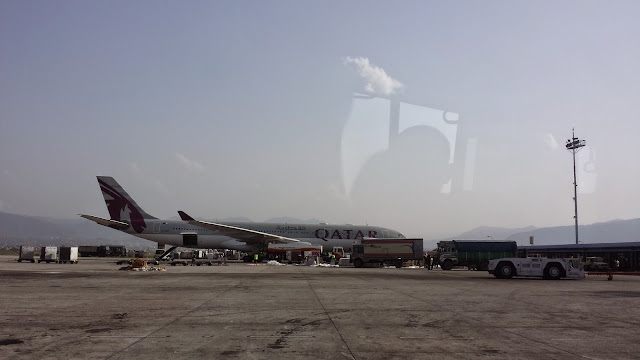 There were several flights waiting for completion of unloading... 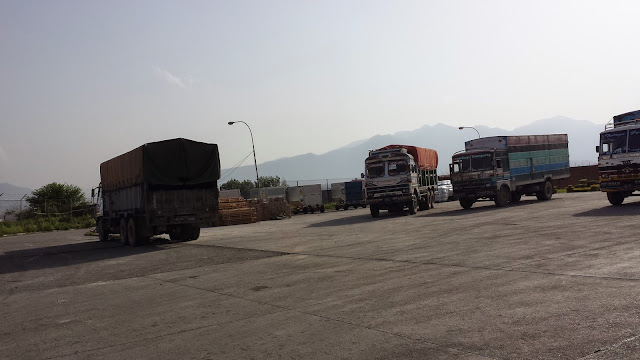 
I met two rescue guys from Korea with two dogs but they were waiting for their remaining stuff to be upload. 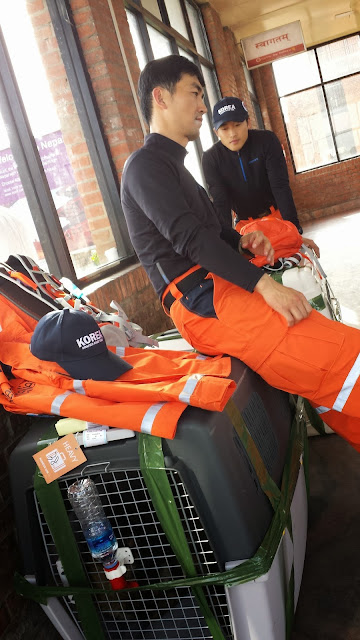 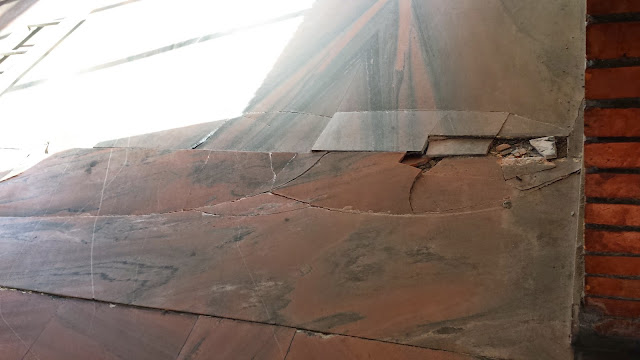 I didn't see any cracks in the airport other than this crack before the immigration.
Yes, Airport is safe! 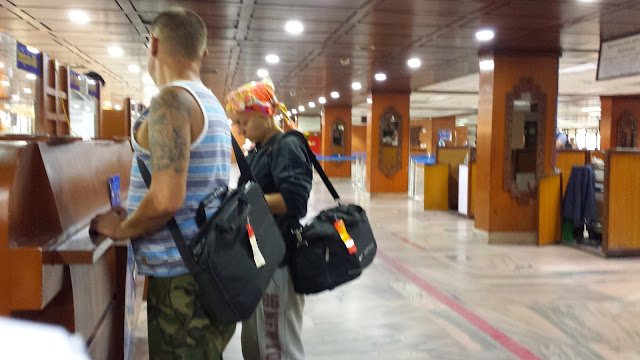 In 2013, I had to wait for an hour to clear immigration but this time immigration was with empty queue and the service was really good. 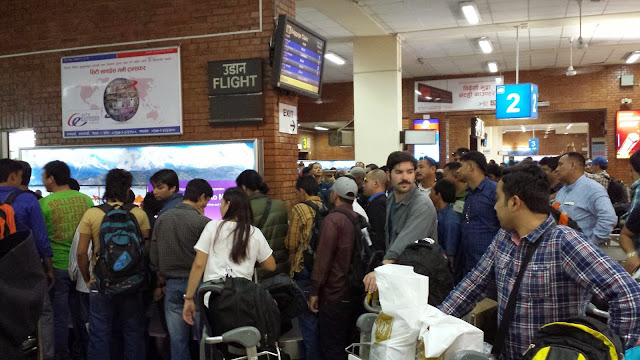 There was no way to see the bags on the belt, as every one was trying to find their own baggage. 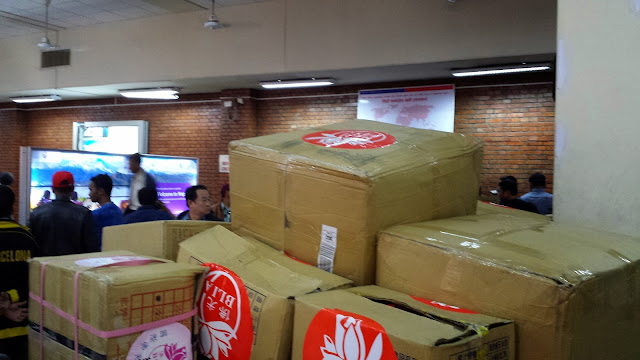 One of the relief teams collect their AIDS side of the best a belt. 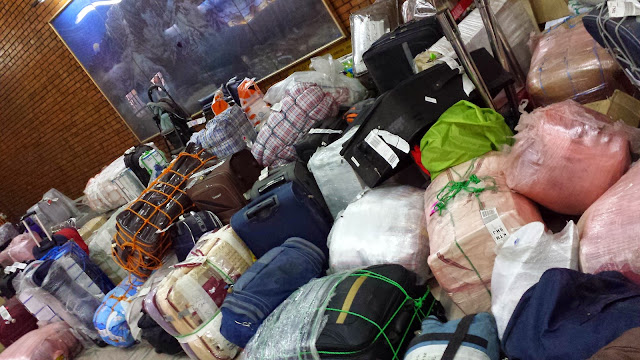 Baggage handling was totally a mess but we can't blame anyone as they were not expected this much of stuff to handle within a day. 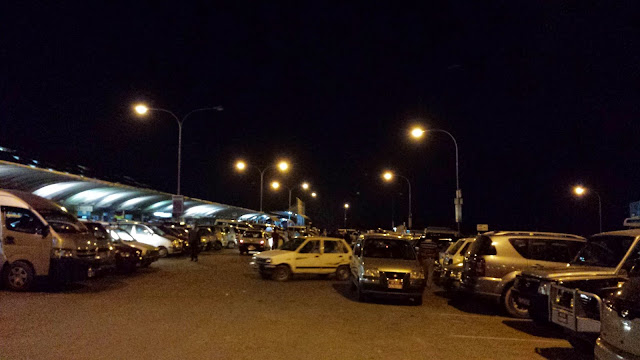 Outside of the Tribhuvan International Airport, Kathmandu.

Finally I came out from the Airport at 7.00pm after wasting 3hours and met my friends Bansaj and Sagar who were waiting outside since 11.30AM till 7PM.  I was tired but happy to meet my friends at last. But I lost one of my baggage with food and medicine. We decide to come back on next day morning to collect it if it already returned.

I hope this post will be useful for someone who willing to flying to a site after disaster.

Please DO NOT fly without having proper information!!!
Yes, I went there but I had contacts and also a backup plan.  :-)

PS: I wrote this post as most of my friends request to share my experience. I was not suppose to do a job of media guy.